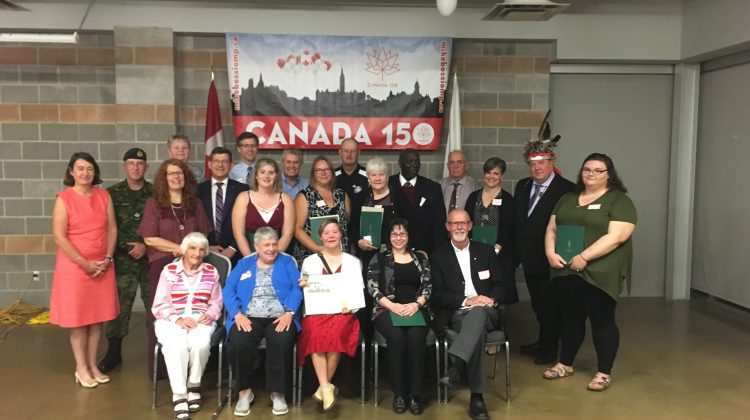 Among the recipients of Canada 150 awards are Ada Tinney and Tracy McGibbon from Bancroft, along with Joey Shulman from Maynooth. 20 winners from across the riding of Hastings Lennox and Addington were presented with the awards last night by local MP Mike Bossio. By the nomination deadline there were 68 nominees from across the riding. The criteria included those who have demonstrated extraordinary service to country or community. Winners were chosen by a panel of independent judges and received pins made from the copper of the roof of Canada’s Parliament. Bossio says “Our community is all the richer for what they have done, and for what so many do in our community every day.”

In alphabetical order by last name, the awardees are: