New Doctor Coming to Bancroft Thanks to County’s Recruitment Program 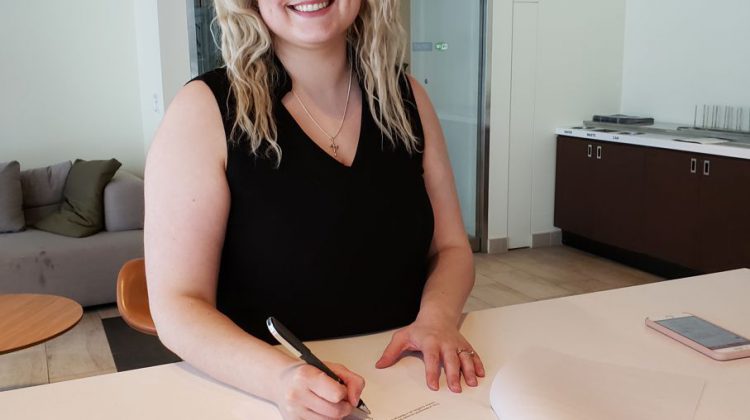 Doctor Dayna Noltie as she signed the contract to become a physician in Bancroft (Photo supplied by: John Nicholas, Hastings County)

Doctor Dayna Noltie will begin practicing in Bancroft in July. She’s the 18th overall physician to be signed up the County’s program. Noltie started her post-secondary medical studies at the University of Western Ontario in 2013 before completing medical school in 2017. She’s in her second year of family medicine residency at McMaster University right now.

John Nicholas, Communications and Project Coordinator with Hastings County, says that he expects Noltie to fit right in with the Town. “She really has the same kind of outlook as the other physicians in the area,” he says. He adds that Noltie is very community-oriented and tells My Bancroft Now that she loved the area after touring it with her fiance. “Just knowing the other physicians in our area, I can tell she’s going to be a good match, Nicholas says.

The Hastings County Family Physician Recruitment Program provides a $20,000 per year grant for five years to medical students to help with the cost of their studies. In return, they agree to set up their practice in Hastings County for at least five years. Along with the nine in Bancroft, three more doctors are currently practicing in Marmora thanks to the recruitment program. Another three are in Madoc, with three more practicing in Deseronto/Napanee.