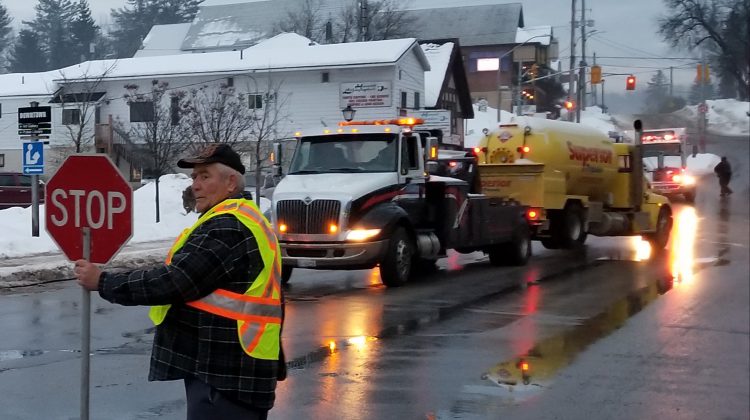 The Bancroft Fire Department shut down a section of Hastings Street North in front of the Bancroft Brewery yesterday after a small fire caused by a propane truck started (Photo credit: Mathew Reisler - Moose FM)

The brakes of a propane truck caught fire yesterday causing a section of Hastings Street North to be shut down.

It happened around 5:30 Monday evening. Matt Musclow, the Fire Prevention and Operations Officer with the Bancroft Fire Department, says it was a small fire. He adds that the fire was put by the driver out before firefighters arrived on scene.

Hastings Street North between Flint and Bridge Street did have to be closed for a short time while the truck was towed away.

No injuries were reported at the scene.