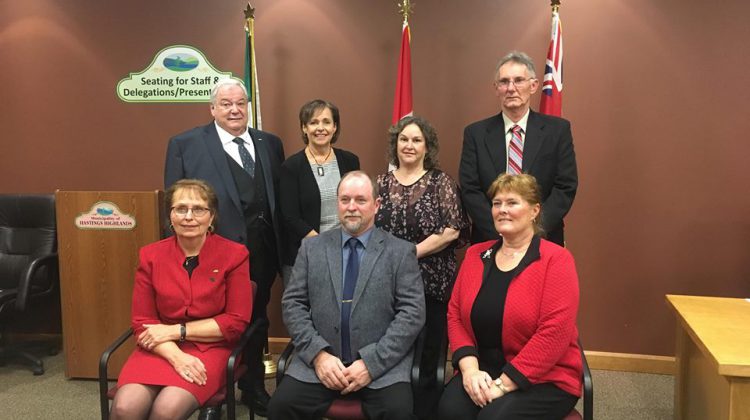 “The more communication we can get to the people out there the better off our whole relationship is,” Mayor of Hastings Highlands Vic Bodnar says.

At council on Wednesday, Councillor Alex Walder brought forward the idea of installing microphones and recording equipment in the council chamber. Bodnar tells My Bancroft Now that it would help out in a number of ways. “If there’s any kind of misinterpretation on anything we can go back and listen to the tape to hear exactly what was said,” he says is one reason for having this done. He points to other councils in North Hastings and Hastings County council who have similar set-ups in their respective chambers.

With council meetings usually being well-attended, Bodnar says that it’s important for people to be able to hear what is being said by councillors and any delegations.

Bodnar mentioned that the County’s system cost around $19,500, but that doesn’t include recording devices. He says that’s not necessarily how much it would cost Hastings Highlands to incorporate the equipment, but he did use it as a basis to get estimates for how much it would cost to outfit their chambers with the needed equipment. He says council will look for multiple quotes before moving forward.

Bodnar says that holding meetings at Emond Hall is another way council continues to make things accessible for the public. With multiple night meetings, including the “State of the Community” address, coming up it will be important to give the public an opportunity to attend.

“It’s part of our transparency and accountability that we’re trying to get through communication with the public,” Bodnar says.

You can follow along with decisions being made by Bodnar and Hastings Highlands council by liking his Facebook page Mayor’s Diary.