All Buildings in Hastings Highlands Will be Looked at, Not Just Fire Halls, Says Mayor 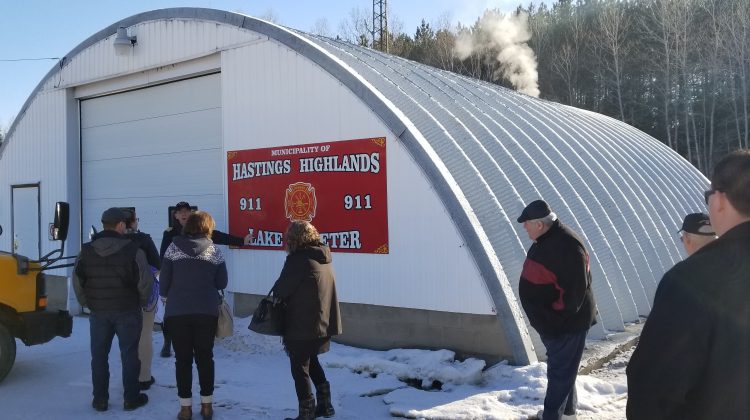 Hastings Highlands council toured the fire halls in the municipality, but that is just the start of the work they will do on buildings in the area, the Mayor says.

“Some of them were actually in pretty good shape,” Mayor Vic Bodnar points out about the fire halls. “There were really only two that are of major concern.” One hall is in Lake St. Peter, the other council isn’t sure what direction they will go with yet. Bodnar says council will look to work on those two first before making any decisions about the other halls in the municipality.

Bodnar notes that it’s not that the halls are in bad shape, it’s that some – like the one in Lake St. Peter – don’t have enough room for the firefighters to do what they need to do. He says when looking at what they will do with the halls, they will make sure what is done fits the area. If an area needs three trucks then they will make a fire hall big enough to fit those trucks, Bodnar says.

He says that council has more buildings in Hastings Highlands to make decisions on. “It’s not just one monster, but several,” Bodnar says. “All of our buildings need to be looked at,” he says about the buildings in the municipality.

“Obviously we want to maximize whatever we can get from the structures that are no longer useable by us,” Bodnar says. Council will be looking at community halls, public works department buildings, recreation facilities (like change rooms) along with the fire halls they already looked at. “We have to comply with the (Accessibility for Ontarians with Disabilities Act),” he notes.

Bodnar says the option of selling pieces of the property or the structures themselves is on the table in order to recoup some of the costs that will come with redesigning or rebuilding other structures in the municipality.