Bancroft Residents $250,000 Richer Thanks to OLG 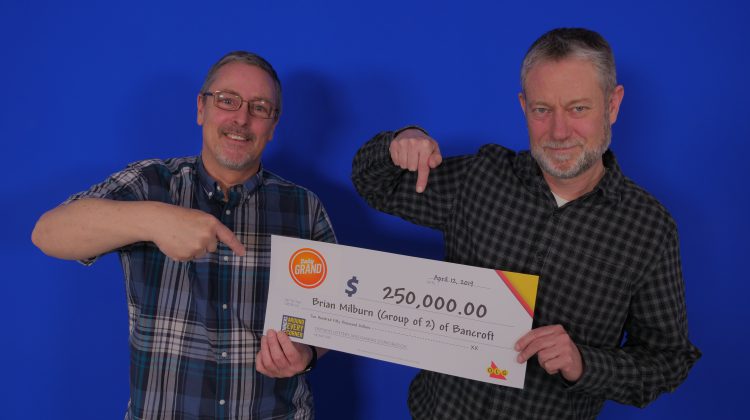 A couple of friends from Bancroft took a trip to Toronto and came away with a quarter of a million dollars.

Brian Milburn and Paul Hartley are splitting the $250,000 they won with OLG’s Daily Grand. The ticket they bought on April 8th initially won them$500,000, but they’re halving that with another winning ticket.

They bought the winning ticket at International News on Bay Street in Toronto.