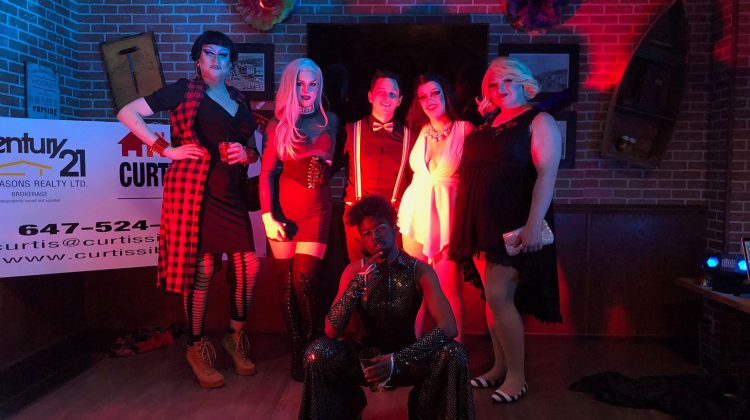 This will be the second year the drag show will be held (Photo supplied by: Curtis Sibley)

Over $4,000 was raised last year during the first charity drag show put on by Curtis Sibley. It was so popular the second edition needs a bigger space.

That’s why this year they’re holding it upstairs at the North Hastings Community Centre. Sibley says the Town has also given him special permission to get a liquor license for the event.

The money raised from the event goes to support a scholarship set-up by Sibley for LGBTQ+ students. “If you are an ally of one of your friends who may be coming out or going through a transition you qualify as well,” he adds. The $500 scholarship is set-up with North Hastings High School. “We’d like to add to that and if potentially we raise enough money then we can up that scholarship to $1,000,” Sibley says.

The “main event” is a 19+ event since alcohol will be served, but new this year is an earlier event for everyone under drinking age. Sibley says there will also be a drag performance during it along with a free lunch and “other surprises.” A silent auction will be held during the event and the dance floor will stay open the entire day, Sibley adds.

The charity drag show is going down on June 15th from 11 AM until 1 PM for the kids’ show with the main show starting at 9 PM. Tickets for the evening show are $25, while the earlier show is free to get in. Tickets are available through the show’s website.