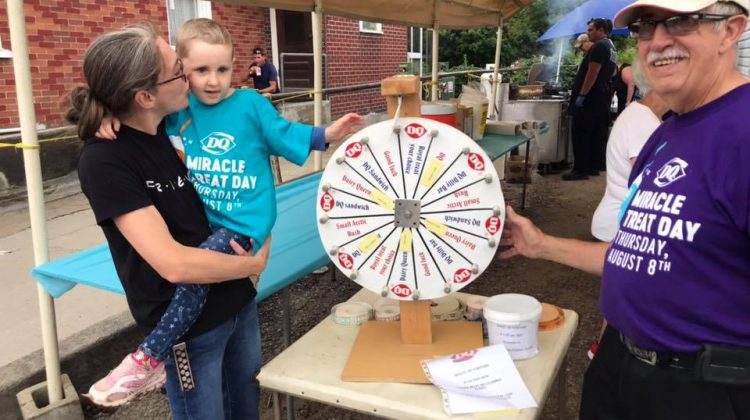 Even though it rained, the Bancroft Dairy Queen had a successful Miracle Treat Day (Photo credit; Noah Larusso)

Even though it rained in the morning and into the afternoon, that didn’t stop Miracle Treat Day from being a success yet again.

$3,141.57 was raised in Bancroft during the Canada-wide Dairy Queen event. Co-owner Janice Stapley says that money will be going to the SickKids Hospital in Toronto.

Last year $3,602.46 was raised in Bancroft, which also went to the SickKids Hospital.

“Even with the rain yesterday, people still came out,” she says. Local “Miracle Child” Bridget also joined the festivities at the Dairy Queen on Hastings Street North. Stapley says it was wonderful to see people stand out in the rain to buy a Blizzard, home-made doughnut or get a hot dog or hamburger from the BBQ.

“Everyone was so happy and pleased,” Stapley says.