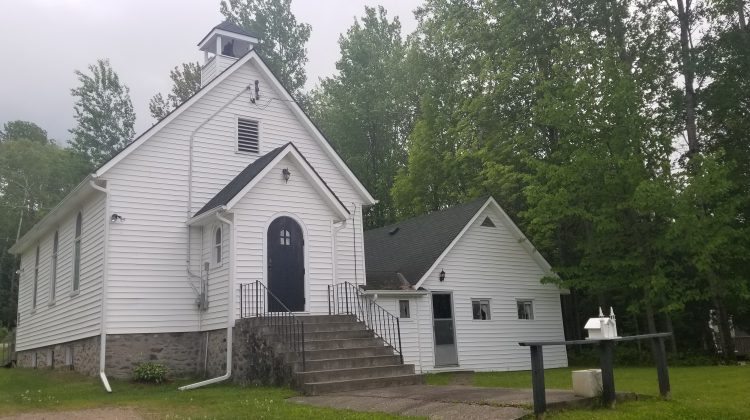 “I thought what a great way to bring folks into the Baptiste Lake community,” explains Reverend Lynn Watson.

The triathlon will start at Lakeshore Lodge with a 750-metre swim, after that participants will run over to the Church to start the 20-kilometre bike ride on South Baptiste Lake Road before finishing off with a five kilometre run down Bowen Road to Brethour Road and back.

Watson jokes that she thought of the idea since she always sees people out Sunday mornings jogging or biking instead of going to church. The run will start at 2 PM on August 25th. Watson says the late start is because she wants to join the fun. “And I have to preach two services that morning,” she says. Watson adds that a company will be brought in to time the runners. There will be prizes for the top runners.

On top of the triathlon, there will be what Watson is calling a one kilometre “fun run” for kids 12 and under. There will also be a block party after the race is done with a BBQ and music. A collection bin will also be set-up for the Hastings Highlands foodbank. Founder of Trips and Trails Adventure Outfitting in Bancroft Clive Emery will join the festivities as well to talk about how sport has given meaning to his life. “We’re bringing a bit of spirituality to it,” Watson says.

The triathlon is open for everybody to participate in. You can sign-up by calling St. Matthew’s United Church at 613-332-1900, by emailing stpaulsunitedchurch@bell.net or by going to Tri Kawartha’s website and following the links.