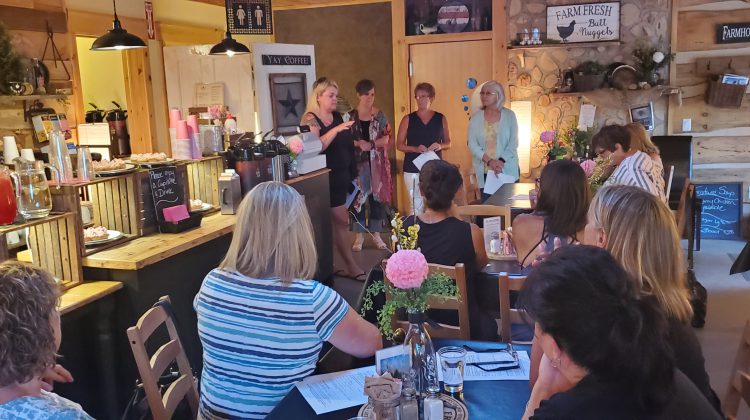 The idea behind it is that 100 or more women get together to pledge $100 each to a local charity, then listen to three charities pitch what they would do with the money. After listening to the 10 to 15 minute presentations, they cast a secret ballot on who deserves the big cheque and by the end of the meeting hand over their money to the winning charity.

There will be three meetings per year and the chosen charity has to present at the next meeting to detail how their project has been going since the last meeting.

“It’s a phenomenal thing to witness,” says Cheryl Easton who is one of four women involved in setting this group up. Along with McGibbon and Easton, Janice Sears and Linda Brockley are also a part of the team.

McGibbon says she wanted to bring this to the area for a while but really got the ball rolling once Easton got involved. “It’s a great opportunity for women to come together an hour and a half,” she says.

Easton says the “energy and potential” to do something amazing in less than two hours motivated her to help bring this to Bancroft. “Over the course of an hour and a half and raise thousands of dollars for a selected local charity,” she says.

The first meeting will be held at the Bancroft Ridge Golf Course on September 17th starting at 6:30. You can learn more and get a registration form for 100+ Women Who Care Bancroft Region on their Facebook page.