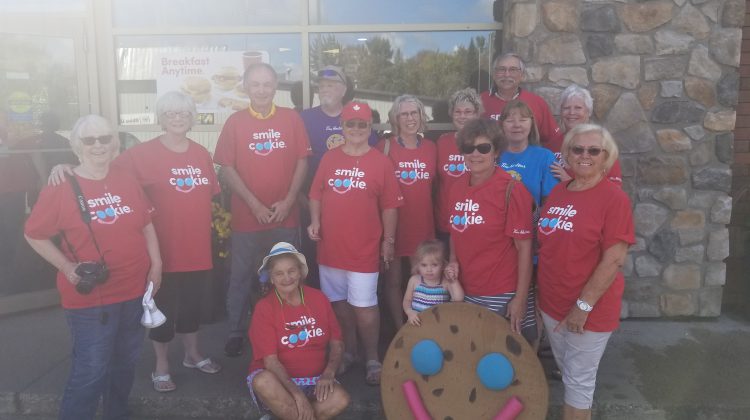 Members from the Hospital Auxiliary, volunteers and Mayor Paul Jenkins stopped by the Tim Hortons on Hastings Street North to promote the start of the Smile Cookie campaign in 2018 (Photo credit: Mathew Reisler)

For $1 you can get a tasty treat in the short-term and make sure you are protected in the long-term.

That is because every dollar that is raised during the week-long campaign goes to the North Hastings Hospital Auxiliary who use the money to help the Hospital buy new equipment.

This year the Auxiliary is raising money for a CBC Blood Analyzer and a Level 1 Fluid Warmer/Rapid Infuser.

“Our community is absolutely amazing,” says Director at Large with the Auxiliary Glenna Armstrong, who has been a part of the Smile Cookie campaign for the past five years. She says everyone from the volunteers to the people in the community who donate come through every year to help raise the money needed.

Last year, $8,797 was raised during the campaign. “We’ve come in the top 10 in Ontario (for fundraising),” Armstrong notes. She adds that the goal this year is $10,000. “Every year we’ve been able to come through plus extra,” she says.

The campaign runs from Monday the 16th until that Sunday at both Tim Hortons locations in Bancroft including the Corner Cafe in the North Hastings Hospital.