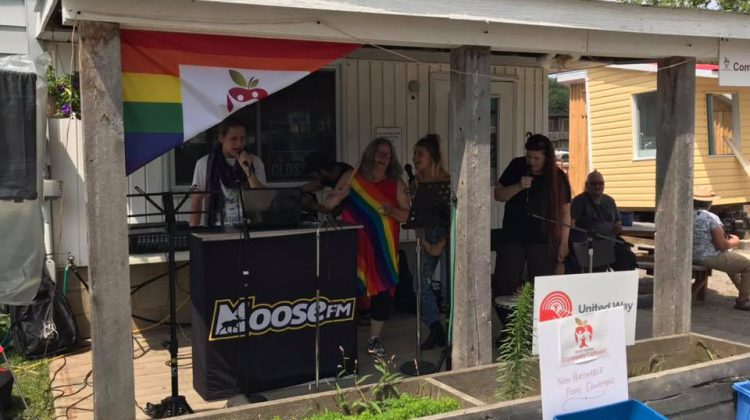 “We’ve brought a level of fun and lightheartedness to a very challenge and a very challenging place,” Director on the Board for the North Hastings Community Cupboard Monica Piercey says of the concert series.

The last concert is set for next week at Community Cupboard’s office at 2 Madawaska Street.

“It brought a lot of community awareness to community cupboard,” Piercy says. The idea behind the summer concert series what not necessarily to get food and cash donations – though Piercy says they did – but to get more connected with local businesses and to give a boost to the local music scene. She adds that the foodbank is sometimes looked at as a place where you go when you’re in a tough spot, so having this concert series put a positive light on it is a good thing.

With the last concert next Thursday at noon, Piercy says they’re already planning for the colder months. “A lot of employment here is seasonal, so we will have a higher number of people in need,” she explains. That is why they will be hosting multiple food drives.

Piercy says they have a few locations already set for drives, but they are looking for businesses to host them. “We’ll bring our mobile cupboard and they can do a food drive and we’ll give them the materials to support that,” she explains.

If you’re interested, you can visit the Community Cupboard at their office at 2 Madawaska Street for more details.