No Need to Worry About Tent Caterpillars This Year, Says Province 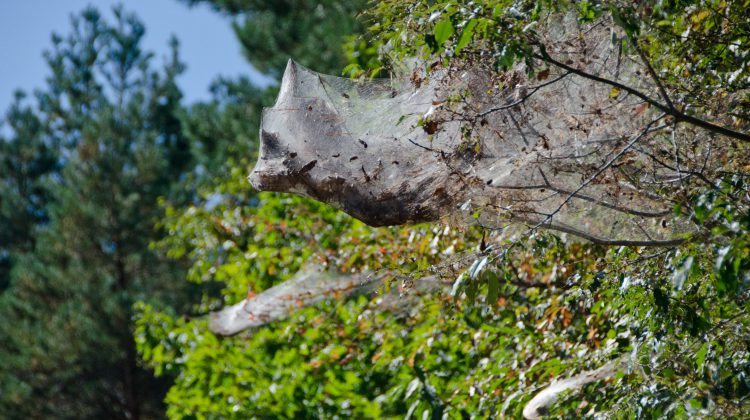 If you see nests of caterpillars in the forests this year, don’t worry about them.

That’s the word from the Ministry of Natural Resources and Forestry when asked about this year’s population of forest tent caterpillars. The insects have been spotted in a few areas across cottage country in recent weeks, and periodic outbreaks occur every 10 to 12 years.

They last from three to six years in given areas, with the bugs preferring trembling aspen and other poplars in northern Ontario, as well as white birch. In southern Ontario, the preferred hosts are sugar maple and oak, but it can also be found defoliating many other hardwoods, with the exception of red maple.

According to spokesperson with the MNRF Jolanta Kowalski the only notable population of the bugs this year is a lingering group around Timmins. She indicated that residents of our listening area don’t need to be concerned for another ten years until the cycle returns.

Kowalski did have a bit of advice for anyone who does see the bugs on their property. “They could check online, or talk to their local MNRF district office, and find out if there is anything they can do if they need to do something,” she said. “My suggestion would be to leave it alone.”

You can learn more about the insect on Ontario’s website.