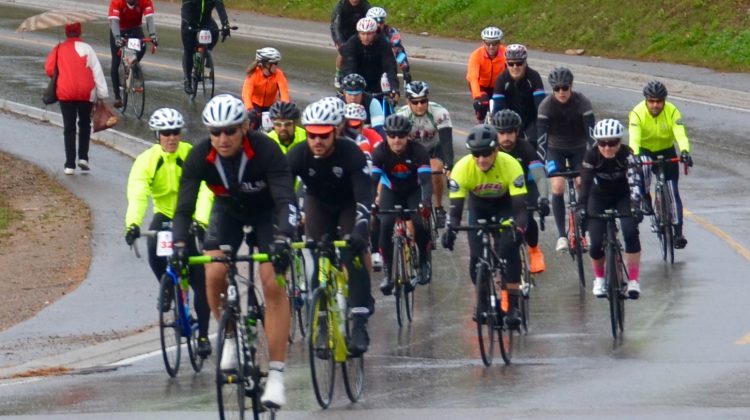 Co-organizer of the Hilly Hundred Greg Cooper says the event is continuing to grow as it’s now in its second decade of being run.

240 riders started their ride at the Bancroft Ridge Golf Course on Saturday and began their 37 to 164 kilometre trek through North Hastings. Cooper says there’s a “handful” of dedicated riders from the area, but most come from out-of-town. He listed off Toronto, Ottawa, Coburg and London, Ontario as a few of the places in the province that riders come from. He says there were also some that came from Quebec.

Every year a local charity is chosen to raise money for. This year it was Kids in Need. Cooper says $8,000 will be going to them to help with their winter program. Riders also pitched in by donating winter clothing. Cooper says “numerous boxes” were filled.

“Registration seems to be going upward every year,” he says. “The consistent theme from people is they really like the small-town community personal volunteer support.” Cooper says many rides aren’t as personal with people signing in, out and being done with it, but the volunteer support in this ride is “super.” He points to the rolling hills and the fall colours that most riders comment on. “It’s an area a lot of people have not ridden before,” Cooper says.