“There are a lot of unknowns when it comes to vaping,” Public Health says 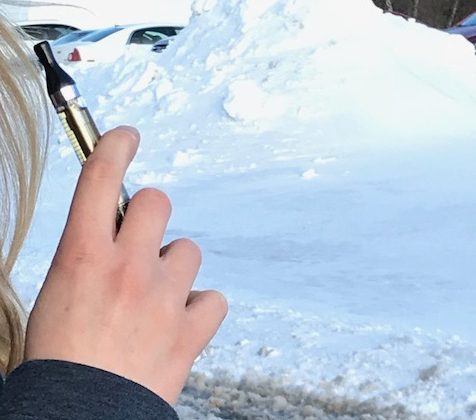 Though vaping is considered to be a smoking alternative, Hastings-Prince Edward Public Health says there are too many “unknowns” for it to be thought of as safe.

With the recent announcement from the Ontario government that all vaping signage will be banned from stores in the province, Public Health’s Medical Officer of Health Piotr O’Glaza explains that there is still the risk of addiction when vaping. “They are inhaling nicotine,” he says. “With that risk also comes the risk of inhaling offsets or byproducts of the e-juice.”

While O’Glaza says there are fewer chemicals in vapor than there are in tobacco smoke, he points out that there are still harmful chemicals involved.

“We don’t know the effects of what long-term inhaling or addiction can be,” he says.

There has been a recent outbreak of lung-related illnesses that have been connected to vaping. It’s mostly been in the United States, but there have been 1,604 reported cases have been reported from 49 states with 34 of those cases leading to death. “We don’t know what the cause is yet,” O’Glaza says. “There are a lot of unknowns when it comes to vaping.”

While some like to vape as an alternative to smoking, O’Glaza says to use an approved and recognized method of getting the “smoking sensation” such as nicotine replacement therapy. He says it’s provided at a low-cost along with councilling by Public Health.

O’Glaza adds that even if you don’t succeed your first time trying to quit smoking, you need to keep trying. He says you’re more likely to quit the second time around if you don’t the first.