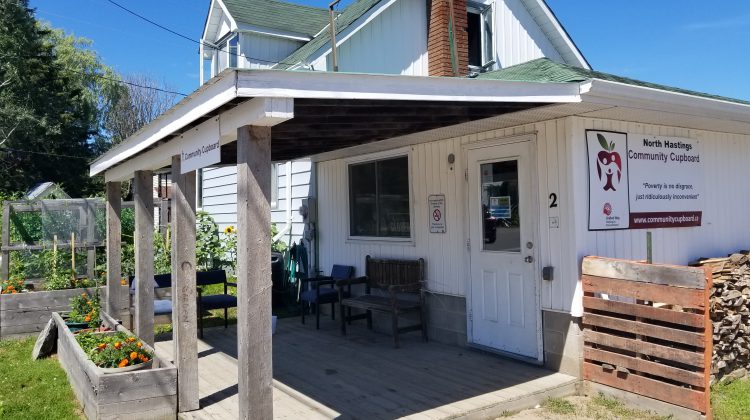 “The protocols that were in place for us were extreme,” explains Monica Piercy, who does communications for the North Hastings Community Cupboard.

The provincial government announced that not-for-profits and charities involved in community feeding can now serve low-risk foods without industrialized cleaning equipment. Piercy explains that places like the foodbank always making sure someone on-site had completed the safe food handling course. “In a larger centre might not be as much of a problem because those courses are readily and easily available, but in our area, they’re only available a couple of times a year,” she says. In their case, they had to pay volunteers to travel out-of-town to do the course or to get it done online.

Piercy explains that to serve sandwiches or serve soup a three-part industrial sink was neede under the previous regulations. The provincial government says that these items are meant to be used for restaurants and used by certified food-handlers. The current rules in Ontario don’t distinguish between fast-food chain restaurants and not-for-profit soup kitchens, after school programs, or food delivery organizations.

“We just want to feed hungry people,” Piercy says, adding that it’s a relief the regulations are being relaxed by the province.

Changes include exempting not-for-profits with a set number of hand-washing stations, and a two or three-compartment sink for cleaning utensils or commercial mechanical dishwasher. The changes also include forgoing having at least one food handler or supervisor on site. The changes are part of an ongoing campaign by the province to reduce regulatory burdens across several sectors. These include farming, trucking, construction, health care and restaurants.

“It’s not that the cleanliness will fall by the wayside,” Piercy says when asked what will be changed locally with the new, relaxed regulations. “As long as we keep an environment that’s clean and train our volunteers we can continue to focus on what we’re there for,” she says.

The only difference, she says, is that now it’s a lot easier to do that.