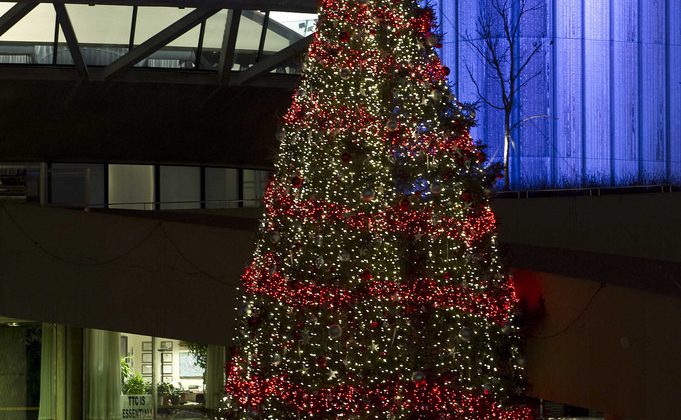 If you stop by Toronto’s Christmas Market during the holiday season and think the 50-foot Christmas tree is familiar, that’s because it is.

CEO of Forests Ontario Rob Keen says they sourced the tree from the area. “It’s not easy at all,” he explains. Weller Tree Service is brought in every year to help them find a suitable tree. “They scour the countryside to come up with the most beautiful tree you could imagine,” he says.

The 50-foot tree is a Balsam fir. It grows throughout Northern and Central Ontario, but you see if more in the Eastern Provinces. “It is one of the more original Christmas trees,” Keen says. He adds it also has a nice scent to it, which is why its needles are used to create pillows. “They’re a beautiful tree,” he says.

“I would never put easy as a part of that discussion,” Keen says when asked how the tree is decorated. He says multiple bucket trucks are brought in for workers at the Christmas Market to use to put over 18,000 decorations on the tree.

Keen says the tree will be taken down in the New Year, as usual. “A couple of years we had a fellow with a portable sawmill that milled up the tree and provided the lumber from that to habitat for humanity to build one of their local homes,” he says. Keen isn’t sure what will be done with the tree this year.