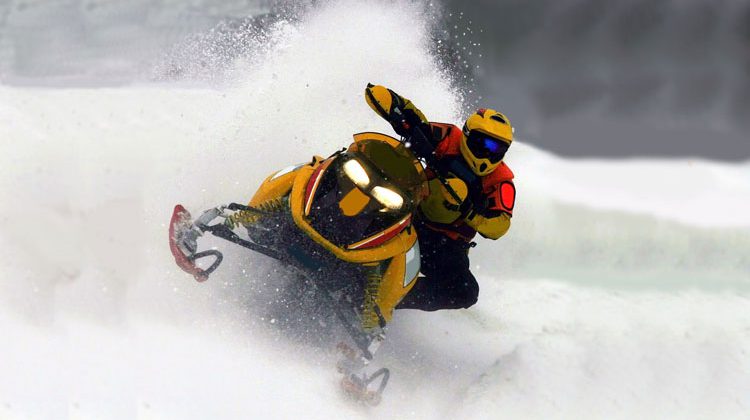 With snowmobile season well underway, local snowmobile club the Maple Leaf Snow Skimmers want to make sure riders cooperate with them as they work on the trails.

“For longevity of trail grooming, it is best to avoid riding a snowmobile on freshly groomed trails for at least two hours after the groomer passes by choosing an alternate route to help improve the quality and durability of snowmobile trails,” the club says on Facebook. They say to avoid following directly behind a groomer because it wrecks the work they’re doing.

“Trail Grooming requires that set-up time be allowed for the freshly groomed trail to re-freeze,” they say in a Facebook post. They say the time it takes could vary depending on the temperature and how wet the snow is. “Generally two to six or even more than ten hours may be needed for the freshly groomed trail to set up to where it is durable and will hold up to heavy snowmobile traffic,” they add.

If you do come up behind a groomer and aren’t able to use a different route, the Snow Skimmers say to slow down, try to stay off the fresh grooming if the trail is wide enough, riding single-file and don’t purposely fishtail or power through the freshly-packed snow. “This way the groomer can catch the minimal tracking from the machines on the return,” they add.

“Fast starts and stops, powering through curves, paddle tracks, carbide runners, traction devices, and powerful engines can all combine to destroy the smoothness of a trail,” they say, noting you should avoid driving aggressively. “. So the next time you hit the brake or the throttle, think about how much damage you have innocently contributed to destroying the trails you would really prefer to be smooth.”