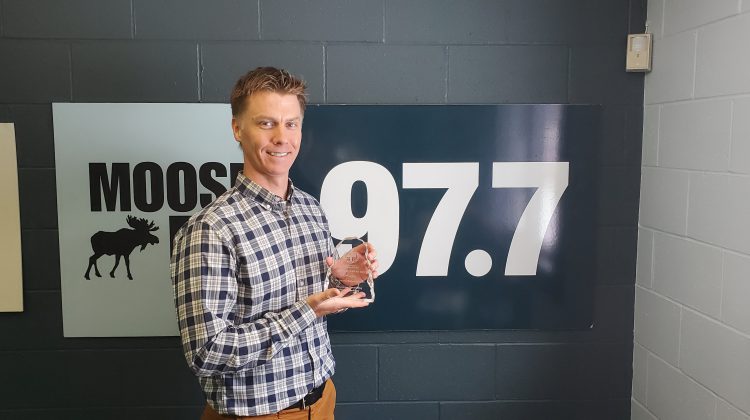 Doctor Steven Griffin was presented with the Council of the College of Physicians and Surgeons Award last week (Photo credit: Mathew Reisler)

It’s not often you can say you’re under the care of an award-winning Doctor, but those that see Dr. Steven Griffin can now say just that.

Griffin was nominated for the award by Tammy Davis who is Manager of Patient Services at North Hastings and also serves as a Councillor in Hastings Highlands.

He was one of the first that signed up to become a Doctor through Hastings County’s Family Physician Recruitment Program, which began in 2006. “When I came to Bancroft I came here to be a Doctor because it allowed me to practice to the full scope of my practice as a Family Doctor,” he says. On top of working with the Bancroft Family Health Team, he does work at the North Hastings Hospital, works in the emergency department, does house calls and has recently become a coroner.

Griffin is one of 18 Doctors that have signed on through the program with 16 currently practicing across Hastings County.

When he started, he notes how there were lots of “orphan” patients and while there still are some in the community without a family Doctor, he says he’s proud of the work he and the team have done in helping those in need.

“I’ve got to work with a lot of great residents and students and many of them have come to work with us,” Griffin says. He adds that he enjoys how he can go from speaking with a patient in the morning to seeing them around Town later in the day. “I feel very much part of the community here,” he adds. “It’s a real honour and privilege to be able to treat them, then to see them in these other areas.”