Ford “frustrated” by lack of testing 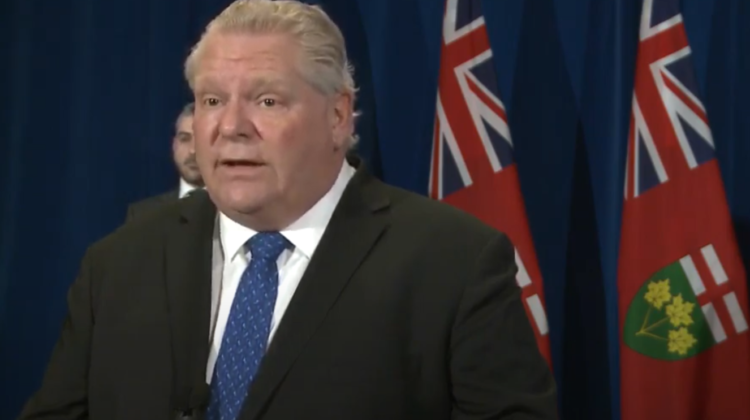 During his daily briefing Premier Doug Ford faced questions about Ontario’s rate of testing.  Ford admitted to being “fired up” about the issue.

Ford said he wants to see random testing of several sectors of the economy including the trucking industry, taxi drivers, auto industry employees, food processors, and retesting residents and staff of long-term care homes.  He also asked people who have symptoms to “please” go to an assessment centre, because traffic is low.

Ford said he is frustrated by the low number of tests being done, “We are going to ramp it up and I am pushing the table but I cannot give you a date.  To say I am pushing is an understatement. I will be like an 800-pound gorilla on their back until we see more testing.” Ford said in order to give people more confidence in reopening the economy there needs to be more testing. He says the medical team including the Chief Medical Officer of Health, Dr. David Williams is coming up with a plan and the details should be announced next week.

Previously Ford had demanded that 20,000 tests be done per day, but in the last week the number of tests done in a day has been less than half.

Deputy Premier and Minister of Health, Christine Elliott says Dr. Williams is satisfied the province is still seeing a downward trend in daily cases but they continue to look at where the new cases are coming from and in order to move forward with continued plans to reopen the economy that gradual downward trend must continue.

Ford says he continues to watch the numbers “like a hawk” and if they continue to see an increase as there has been in the last few days, he will not hesitate to rollback reopening the province’s economy.