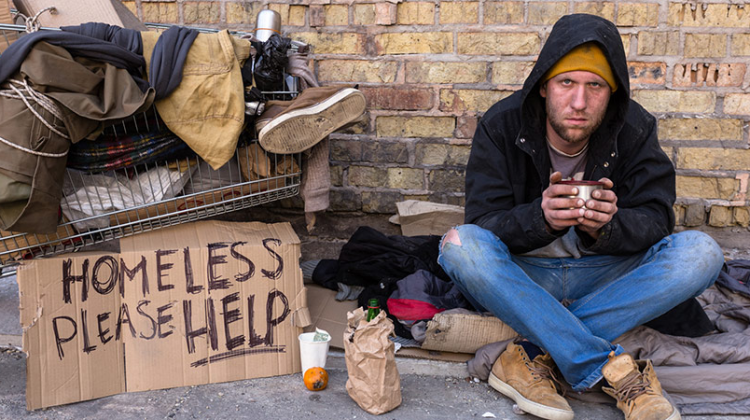 The issue of homelessness is not new to the Bancroft area, but the COVID-19 pandemic has heightened everyone’s awareness, especially those who work at North Hastings Community Trust.

“We’ve seen unpreceded levels of homelessness,” Program Coordinator for Community Trust Jane Kali says. “I don’t think any of us in this community had any idea of the extent of the housing crisis.” Kali says that since the pandemic began over three months ago, the number of people that have reached out to NHCT for help has increased on an almost daily basis. She says that since mid-June the team at the Trust has handed out 34 “survival kits.” The kits consist of tents, sleeping bags, pillows, first-aid and hygiene kits.

With just a few months away, Kali says she’s concerned about what’s going to – or not going to – happen. She points out that many in the community that are homeless were staying with friends or family before the pandemic began and “couch surfing.” Once the order came down from the provincial government to isolate and stay at home, those people were left with nowhere to go.

“The most common thing I hear is ‘I just want a home,'” Community Support Worker with North Hastings Community Trust Victoria Burke tells the MyBancroftNow.com newsroom. She says every issue they deal with is unique to that person.

Burke says she and some team members from NHCT were involved in a committee meeting with Bancroft council to discuss the issue and floated the idea of the town allowing them to use land out-of-sight to house homeless people. She says they put forward the idea of using Churchill Park, or a spot on Chemaushgon Road along the York River, but the idea was rejected by council. The land – which Burke says would be out-of-the-way by design – would have port-a-potties, washing stations and a Public Health nurse to ensure everyone is safe and sound.

“We actually don’t own very much land,” Mayor of Bancroft Paul Jenkins says. He adds that the land the Town does own is mostly earmarked for future projects.

“I can’t imagine how that feels,” Burke says. “The people in power saying we do not want you here.” She says that it’s hard to go back to the people they’re advocating for and telling them council said no.

“People need to be loved and supported,” Kali says. She adds that there’s no point in playing the blame game right now – it’s time for a solution. “We need municipal leadership on this,” she says.

Jenkins says it’s not a situation where council does not support those that are homeless, but an issue of financing. “We have to go to where the facilities and infrastructure are,” he says. Right now, that place is Belleville. “Is it desirable to go over an hour away? Absolutely not,” he says. Jenkins says that this is much like what it’s like for those who need to see a specialist in Belleville, Peterborough, Kingston, or Toronto.

“The county is willing to do what it takes to get people down there,” he says of the shelter in Belleville.

Jenkins says they have been working with Hastings County on a longer-term solution but, again, money is the crux of the problem. “They don’t have an open war chest to deal with this,” he says. “The money has to be there and right now it isn’t.”

The idea of modular homes was also floated by Kali. She points out that Toronto is doing something similar, and suggests the same could be done in Bancroft.

Jenkins again points out that the Town doesn’t have the land to do this. “We have to sit down as a community and figure out how to handle this,” he says. Jenkins says whatever long-term solution is thought-up will take some time. “This will not be handled overnight,” he says.

“We want the people that need housing to be at the centre of the solution,” Kali says. “This is an entire community response.”