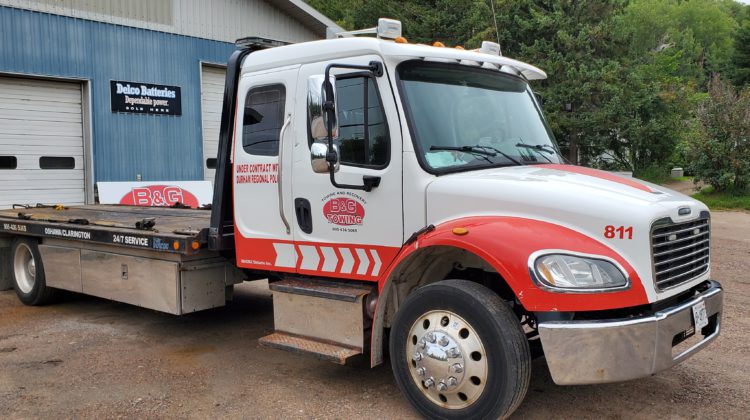 B&G Towing & Recovery are setting up shop in Bancroft.

“We were approached by CAA,” owner Bill Wright tells the MyBancroftNow.com newsroom. Bancroft Towing and Recovery was CAA’s partner in the area, but the operators Alan and Ann Woodcox retired at the start of September, leaving CAA without a partner in North Hastings.

Wright says they were asked to check the area out by roadside assistance not-for-profit. “Some of my children are outdoorsy and have expressed interest in going out north,” Wright says. He adds that he’s also been interested in retiring more to the north and says that coming to Bancroft is a good financial decision.

Wright’s son Mitch will be the operations manager and will be joined in-town by a current driver for B&G who will help train the new ones that are brought on. “We will be hiring local drivers,” Wright says. He expects four to five people will be brought in to help with the operation.

Wright says they will be set-up at the former The Auto Clinic building on Hastings Street North. Wright says they’ve already brought in a 65-tonne rotator. “It’s a state of the art recovery vehicle,” he says, adding two flatbeds and one light-duty wrecker have also been brought to town.

Wright says other than buying a house, B&G are fully operational in Bancroft as CAA partners.