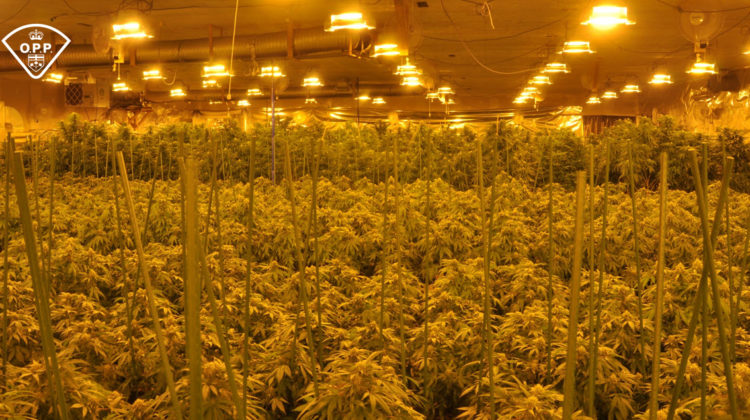 Some of the 8,000 cannabis plants (Photo credit: Killaloe OPP)
A Killaloe OPP raid has resulted in thousands of cannabis plants being captured
Police executed a warrant on Wingle Road in Brudenell Lyndoch and Raglan township on Friday. The Killaloe detachment was joined by the East Region Community street crime unit, Organized Crime Enforcement Bureau, Emergency Response team and the canine unit.
According to OPP, eight thousand cannabis plants were seized. In addition, large quantities of processed cannabis were captured, as well as growing and processing equipment. Police say they recovered $10,000 worth of cash along with two rifles.
Eleven people were arrested in the raid from Toronto, Markham, North York and Scarborough. Only one of those arrested was a resident of Brudenell Lyndoch and Raglan Township.  All eleven individuals have been charged with cultivating more than four cannabis plants, and possession of proceeds obtained by crime. All the accused were released and are scheduled to appear in the Court of Justice in Killaloe on October 28th.
Written by Trevor Smith-Millar