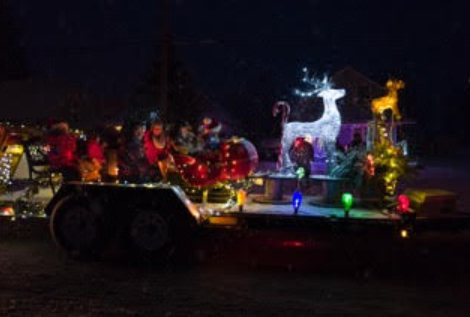 While the annual nighttime parade in Maynooth is still months away, organizers have made the decision to cancel this year’s edition of the Brighten the Night parade.

“The organizers realized that with all of the COVID-19 restrictions and also the inaccessibility of municipality building for indoors activities were not able to responsibly host the event,” Joey Shulman tells the MyBancroftNow.com newsroom. He has a hand in helping organize the event and explains that it usually starts months ahead of time. The pandemic has thrown a wrench in their plans and made responsibly planning for the parade impossible. “Our ability to be responsible hosts has been tested this year,” he says.

The float building will also be difficult, Shulman explains. The length of the process varies for the different people with floats in the parade, but all the building involves people coming in close contact with each other.

Shulman isn’t sure if something else will be done on December 12th – the day the parade was scheduled to be held – but says it’s unlikely another Christmas event will be done. The facilities that would normally be used like the Maynooth Community Centre and The Arlington are likely to be unavailable on parade day. The Santa visit is also difficult to pull off due to the sheer amount of people that will show up to the Hastings Highlands Public Library for it.

“We’ll miss it this year,” Shulman says. “It was a highlight of the year.”

The MyBancroftNow.com newsroom has reached out to the organizers of the Bancroft Christmas parade, but have not gotten word yet on plans for this year’s parade.