No Place For A Quarry Inc. Secures Legal Representation 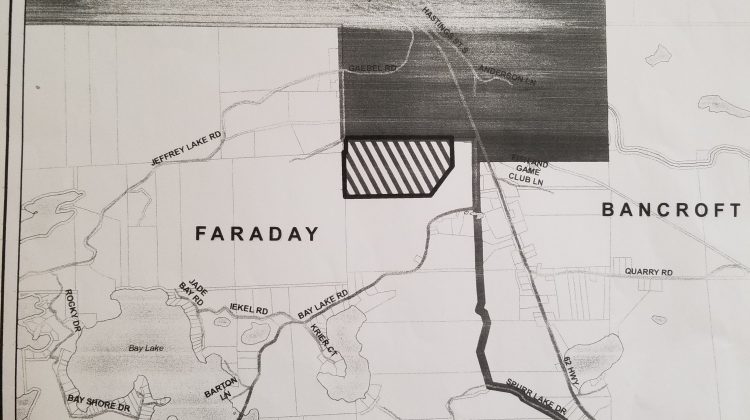 The corner of Bay Lake and Highway 62 where the proposed Freymond quarry would be located (Photo supplied: Township of Faraday)
No Place For a Quarry Incorporated says they have gained a major legal supporter.
The group says that they have retained Eric Gillespie to move forward with their appeal. In a statement, Gillespie says that he protects communities from improper or illegal quarry operations, and that it has been an important part of his office for many years. The campaign says that a case management hearing is to be held on October 27th.
The No Place For A Quarry Campaign lists a decrease in the quality of life, health concerns, drinking water concerns and the economic impact as a reason to oppose the Freymond Quarry. They say they have raised a substantial amount of money through small change funds, direct donations, and their Go Fund Me Campaign.