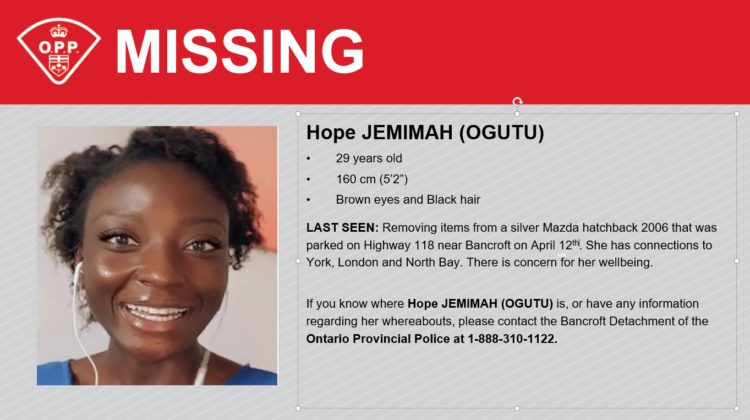 Police have been searching the area for Hope Jemimah Ugutu, who was last seen on Highway 118. OPP has confirmed to Moose FM that several of their units have been deployed in the search, like their Canine Unit, Emergency Response Team, Underwater Search and Rescue as well as their drone detachment. They say no other information can be released at this time.

Jemimah Ugutu was last seen on Monday removing items from a 2006 Mazda silver hatchback that was parked on the highway. She is described as black, five foot two, with brown eyes and black hair. She has connections to York, London, and North Bay.