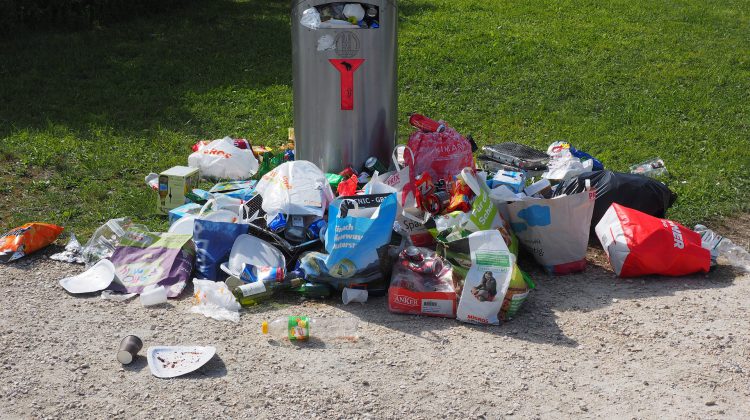 The North Hastings Children’s Centre and the Algonquin Inòdewiziwin Child and Family Centre want to remove as much garbage as they can from Bancroft and surrounding areas.

Nicole Beaudin with the Children’s Centre says both groups are teaming up to hold a contest for families across the area. They want to remove 100 bags of garbage from families’ property and ditches by the end of May. Recently on Earth Day, they did a clean-up of Riverside Park, where they were able to collect several bags worth of garbage. Beaudin says you can email the Centre a picture of you and your family picking up garbage, and you will be entered into a draw for a $100 grocery gift card. She hopes to help teach respect for Mother Earth to children and adults and wants to far exceed the 100 bag goal.

For Trevor Pearce, the Indigenous Cultural Coordinator at the Algonquin Inòdewiziwin Child and Family Centre, this contest means much more than just picking up litter. He says the Kijicho Manito Madaouskarini Algonquin First Nation wants to preserve and share this territory. Pearce says when the spring thaw happened, the Bear was telling him that people should be out there cleaning the trash off Turtle Island, referring to North America. He says as one would not throw garbage on their own mother, nor should people throw garbage on Mother Earth, who is the greatest mother there has ever been who provides all food and water. Pearce can see this become a yearly event and hopes the movement will spread to other regions so they can clear hundreds, if not thousands of bags of garbage from the land. He knows that the community can exceed the 100 bag goal, and wants this to be a consistent push to be stewards of the land over the next seven generations. Above all, he says Mother Earth is sacred, and we are all visitors.

To register for the challenge you can email register@nhcs.ca