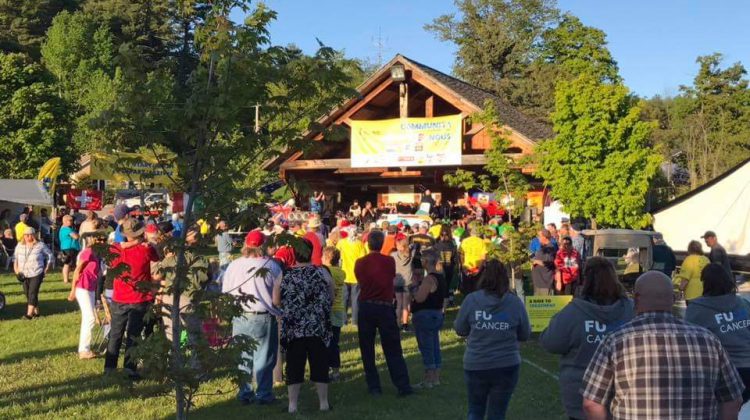 Organizer Flo VanderMeer wants Bancroft to be in the top 5 national fundraising teams at this year’s virtual Relay for Life. Donations can still be made until April 30th to push the team into the top 5, with Vandermeer saying they are close to cracking that level. In addition, Audrey Mackay, one of the top contributors in years past, is looking to become the top contributor nationally. Vandermeer says that she is able and willing to take as many donations as possible.

Vandermeer believes that Team Bancroft can reach such high accolades because the community has been able to hit high goals in the past. The Town has come up time and time again because so many people have been affected by cancer. VanderMeer herself lost her father to the disease, and it was her motivation for helping get the Bancroft Relay for Life going.

This year’s event, called Your Way For Hope, will be held on June 12th at 8 PM. Anyone can join the event, including those from other areas surrounding the Town. Anyone can join whether you register or not, but registering would be appreciated, as well as participating or donating in some way. Participants can run, walk, bike, or anything that gets them moving. Some people who are doing walks have been committed to running a certain amount of kilometres. VanderMeer also says that memorial luminaries are available to purchase for $5. Their hope is to have a physically distanced memorial service on the day of the run.

This year’s goal is $30,000, due to the lower number of attendees that come out during the virtual runs, although VanderMeer says they would be delighted to exceed this goal. In the past, the Bancroft Team was able to raise as much as $90,000.