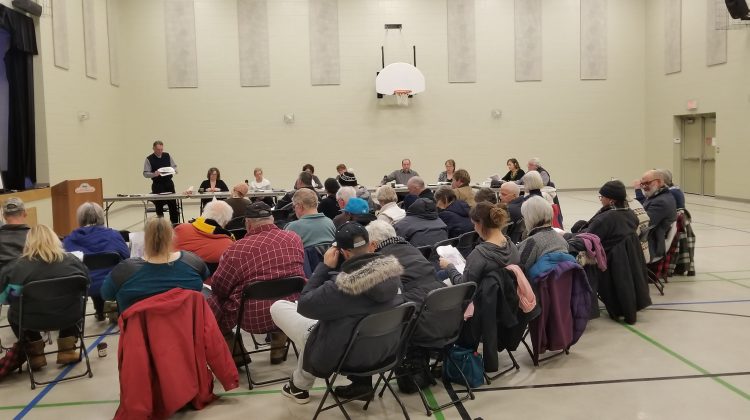 Hastings Highlands council has a public meeting to go over the pros and cons of retail cannabis.

The meeting started with Mayor Vic Bodnar saying that it’s important for council to hear the public’s opinion before a decision is made.

There was only one person who attended that spoke out against opting-in. He said there are already people who drive under the fluence of alcohol, why add with the possibility of people driving while impaired by cannabis. Bodnar said after the resident finished that it’s known in the community smoke and grow cannabis legally. He added that he isn’t sure yet what the effect of cannabis will have on accidents going increasing or decreasing.

All other residents that spoke were in favour of council opting-in. The general consensus was that council needs to be open-minded and that they would regret missing out on this opportunity if they opt-out. “It’s already here, it’s not going anywhere,” one resident said.

One resident spoke about not being “small-minded.” With many residents mentioning how cannabis is already available in the community, he used the example of a town not allowing cars to drive through it in 1910. “They’re going to come through anyway,” he said.

Bodnar mentioned at one point that with the Government regulating cannabis, it will ensure it’s safe. “When you buy off the street, you may not know what you’re getting,” he said. With retail cannabis stores, the quality will be guaranteed.

A vote by Hastings Highlands council will be held at their next council meeting on January 16th.

Ontario municipalities have until January 22nd to opt-out of allowing retail cannabis in their municipality.