Students Could be Suspended if Their Immunization Records Aren’t Updated, Public Health Says 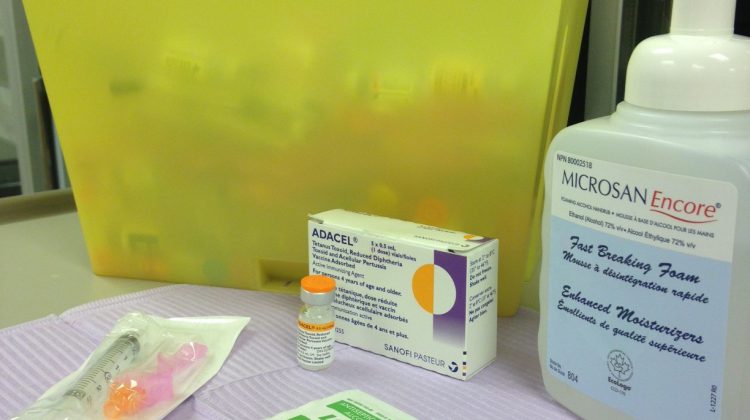 Making sure all students immunization records are updated is important for their safety, and for their classmates’.

That’s why Hastings Prince Edward Public Health’s Program Manager Bill Sherlock wants to make sure parents know how important vaccinations are. There’s been a recent outbreak in measles – a vaccine-preventable virus, in Vancouver with nine reported cases so far at two French-language schools, according to the CBC. “Their immunization rates aren’t as high as they should be,” Sherlock says in response to the outbreak.

To combat this locally, Public Health sends notices home with students to their parents to ensure they keep their kids’ vaccinations up-to-date. The first round of notices went out in January, with the second round being sent out on March 4th. Sherlock says if students’ immunization records aren’t up-to-date by April 12th they risk suspension. “We don’t want to see any vaccine-preventable diseases, especially in schools,” he says.

While making sure students practice good hygiene is important, Sherlock says a virus like measles could still spread. “If there’s an infected person in the room, (the virus) could stay active in the room for up to three days,” he warns.

Sherlock says to call the Public Health office in Bancroft at 613-332-4555 to book an appointment or call the office in Belleville at 613-966-5500 to find out where your child’s immunization record stands.