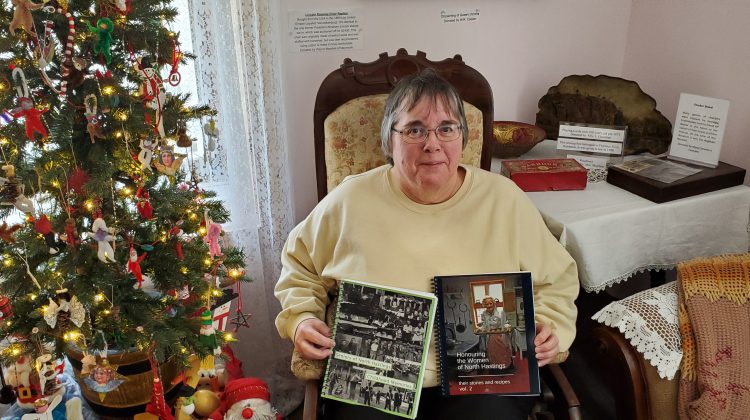 The cookbook is being funded by the Museum after the success of volume one. Museum board Chair Mary Kavanagh says they have sold nearly 400 copies of the first volume. The book on locals’ childhood memories is funded thanks to the New Horizons for Seniors grant.

She says her favourite story is of Fern Barker. “She was a nurse and served during the war,” Kavanagh explains. She travelled back and forth across the Atlantic 20 times to bring wounded soldiers home and taking supplies back.

Barker’s story is also a part of the childhood memories book. The 250-page book has plenty of stories spanning many generations and decades, but Kavanagh’s favourite is one that happened in 1957 when she was nine. A helicopter crashed in front of the Bancroft Bible Chapel. Thankfully, no one died from the accident, but Kavanagh says it was “exciting” on Main Street as the wreckage was cleaned up and the accident was investigated.

“There will be a volume two,” Kavanagh says of the childhood memories book. Much like with volume one of the cookbook, she says there were a lot of stories that they didn’t have room for or came after the cut-off date.

You can get more information on the Museum’s Facebook page.