$6,500 raised during 2020 No Frills Round-Up for North Hastings Hospital Auxiliary 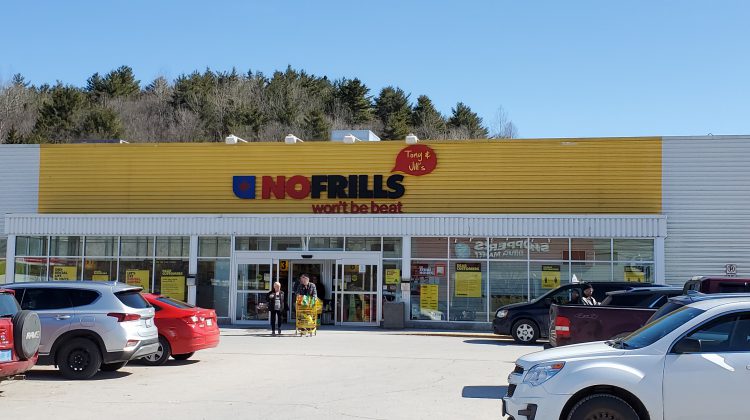 The 18th annual Round-Up was a success.

“It’s amazing how the people in the Bancroft area have stepped up to help the hospital,”  Co-Convener of the Round-Up Susan Stevens says.

From July 9th to 26th, customers at No Frills were asked if they wanted to round up their bill with the extra dollars and cents going to the Auxiliary for their campaign. Stevens says the $6,500 also includes a donation from Tony and Jill McLaughlin.

This year the Auxiliary is raising money to purchase general PPE equipment like masks and gloves for the North Hastings Hospital along with a Glidescope handle. As Stevens explains, the device has an interior camera and a video monitor. It helps medical professionals do a gentle intubation. Stevens says the Glidescope costs around $15,000.

“Tony and Jill stepped up,” she says. Stevens also compliments the job the cashiers did during the campaign. She says they always “get into the spirit” of the Round-Up and will often dress up.

Stevens also says that she’s impressed – as she often is – by the community for supporting the hospital in this and their many other fundraising campaigns. “I’m not from the area and I just can’t believe how people see a need and always come forward,” she says. “I’m speechless.”

If you still want to donate to the Auxiliary, Stevens says you can do so by sending a cheque to North Hastings District Hospital Auxiliary at PO Box 16 in Bancroft, postal code K0L 1C0.