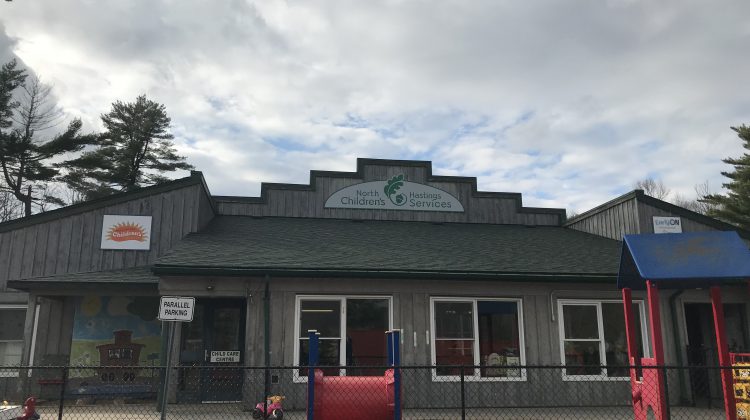 While the provincial government has given childcare centres what they believe is needed to re-open, Executive Director of North Hastings Children’s Services Jessica Anderson says they will be “cutting it close.”

Minister of Education Stephen Lecce said last week childcare centres will be allowed to fully re-open on September 1st ahead of kids being sent back to school later that week. On Friday, the province took it a step further and announced $234 million dollars will be going towards helping childcare centres open. It’s apart of the $7 billion the province received from the federal government’s Safe Restart Agreement.

Anderson says now they’re playing the waiting game. She says they have done some preparation work in advance of the provincial guidelines being released, but still need that information from them, as well as from Hastings County and Hastings-Prince Edward District School Board. “They’re the manager of child services in region, so we also need guidelines from them,” Anderson says of the County. Once the guidelines are received, the team at Children’s Services will need to be re-trained on proper Public Health approved practices.

When they are able to open, Anderson says the parents that had a spot reserved for their child in March when they were open will be contacted first and given 14 days to make a decision on if they want to enroll their child. After those parents decide what they want to do, the rest of the available spots will be opened up.

Children’s Services has already put some guidelines in place in advance of the province releasing their official list. Anderson says she’s “confident” in NHCS’ ability to meet whatever guidelines are set, but is worried about funding. While the exact guidelines aren’t known, Anderson does know more staff will be needed to meet the set criteria. “We want to make sure we’re able to open safely and not cut any corners,” she tells the MyBancroftNow.com newsroom.

September 1st is the earliest North Hastings Children’s Services can open and Anderson says it’s possible they will not be open by then. “Even if we receive the guidelines from the province today, we still need recommendations from the county,” she reiterates, again noting how the local School Board will need to be involved in the discussion. Anderson says their goal is to be open as soon as possible.

Right now, Anderson says it’s tough to give a solid answer on when they will be open without knowing what guidelines they will be working with. “There are a lot layers and a lot of moving parts and a lot of high stakes,” she says. “We recognize the importance of childcare.”