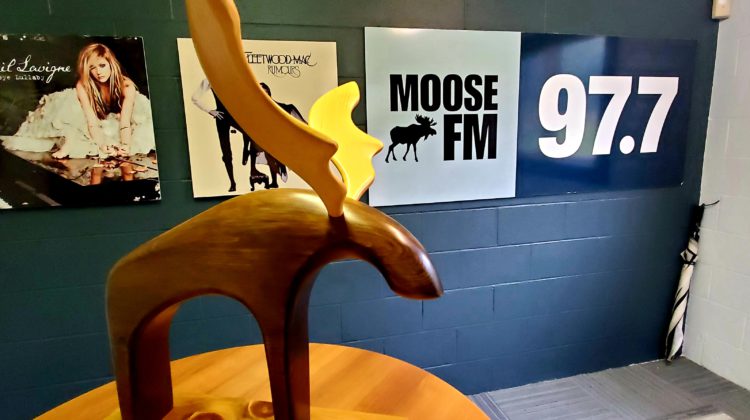 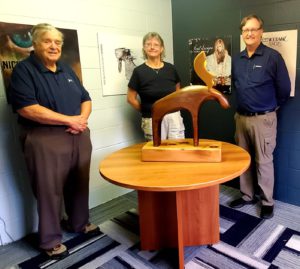 A former DJ has given the station a piece of local art.

Former Moose FM DJ Sam Grantins has donated a pine moose sculpture to the station. Grantins was on the air when the station was called CJNH 1240 AM in the 1980s. She says giving the moose to the Moose seemed appropriate. She says the moose, like everything her father made, is of the highest quality. Grantins says everything he made was completely solid. It was a piece that was in the store for many years and Grantins said it needed a home.  She says it’s her way of giving back to a job that meant a lot to her.

Grantins was joined by former Station Manager Jim Clayton in donating the sculpture. Grantins said working at the radio station in Bancroft was the best job of her life.