Rally of the Tall Pines to feature 23 racers, hundreds of fans

Drivers and car racing fans are beginning to descend on Bancroft for the Lincoln Electric Rally of the Tall Pines race this weekend.

Coordinator Bruce Leonard says that 23 cars have entered the race, which is based out of the Dungannon Recreation Centre and covers routes in the southern ward of town.

Drivers and their partners will be doing practice routes on Friday to prepare for the competition, which runs all day on Saturday.

Hundreds, if not thousands of fans, are expected to be in the area, as there are spectator spots at several key places on the routes, including at the Iron Bridge on Bronson Road.

“We’ve got a few official spectators areas,” Leonard says. “The one off of what we call Iron Bridge is off of Bronson, coming in off of Highway 28. That’s probably the biggest spot. The Bronson and Landon Road (intersection) is another spectator area.”

He says another interesting spectator area is where Detlor Road and Landon Road intersect.

The race is a long-standing Bancroft tradition, as, with the exception of 2020, it’s been held here every year since 1998.

As for the competition, it will be stiff. Racers are vying for positioning, as the Tall Pines Rally is the penultimate race in a Canada-wide, year-long series  The final race of the series will take place two-weeks later in British Columbia.

The rally also provides competitors and fans with a unique type of racing, as it requires a driver and passenger to work together.

“There are two people per car, the driver and the co-driver,” Leonard says. “The co-driver sits in what we call the silly seat. He describes the road to the driver through their stage notes that they create.  It’s a matter of describing every feature of the road, so you can attack the road as fast as possible.”

Activities start at Dungannon Recreation Centre at 8:15 a.m. on Saturday and that’s a great time for fans to get photos or autographs. The day wraps up with a podium event at about 11:15 p.m.

Below is the full schedule for spectators. 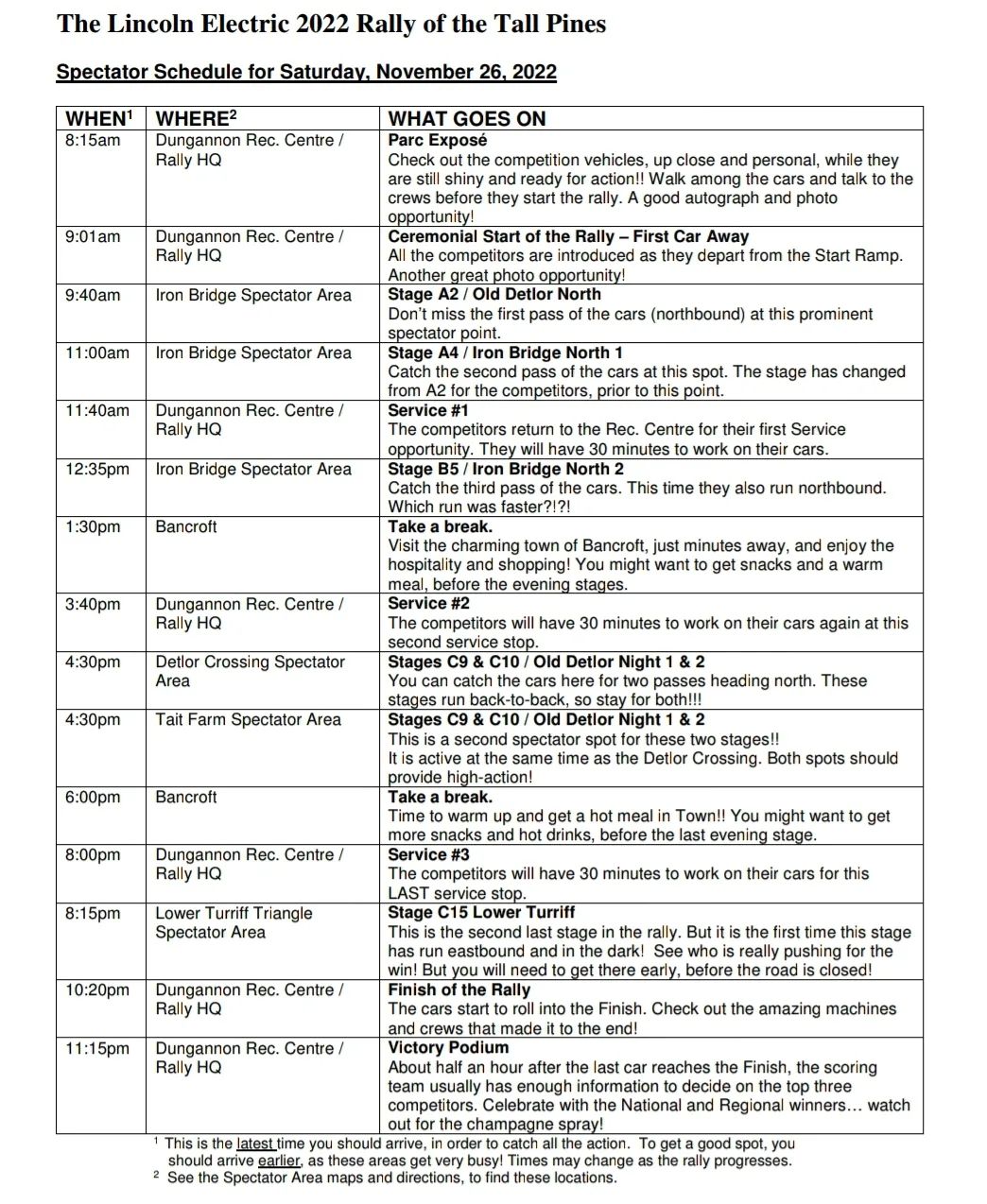