North Hastings residents to march to raise awareness about turtles 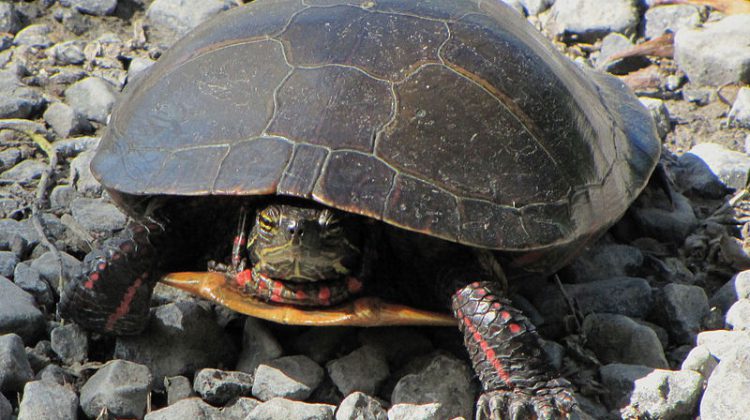 It’s time to stand up for wildlife in North Hastings.

That’s according to the Founder of the Turtle Guardians program and the Land Between Charity ahead of this weekend’s first Turtle Walk in Bancroft. It coincides with turtle nesting season in the area.

Leora Burman says North Hastings residents are being invited to show their support for turtles, and raise awareness about the challenges Ontario’s most endangered species face. Seven of eight species in Ontario are considered at risk. She says roads are a big threat to the reptiles.

Burman says everyone is invited to take part in the walk, and that there will be prizes for those wearing the best turtle costumes. While you don’t have to raise money, she says you can if you want to.

The walk starts at Riverside Park at 10:00am on Saturday. Participants will walk to Millennium Park and back. You can find out more by clicking here.